There are a number of cacti and trees in the desert southwest that provide an assortment of edible, and sometimes tasty foods. You can enjoy fruit buds, seeds and starchy components of certain trees simply by knowing where to get and how to prepare them. Let’s take a look at a few of the more popular and abundant choices, and you will be able to enhance your food security if you happen to be stranded at the right place at the right time. 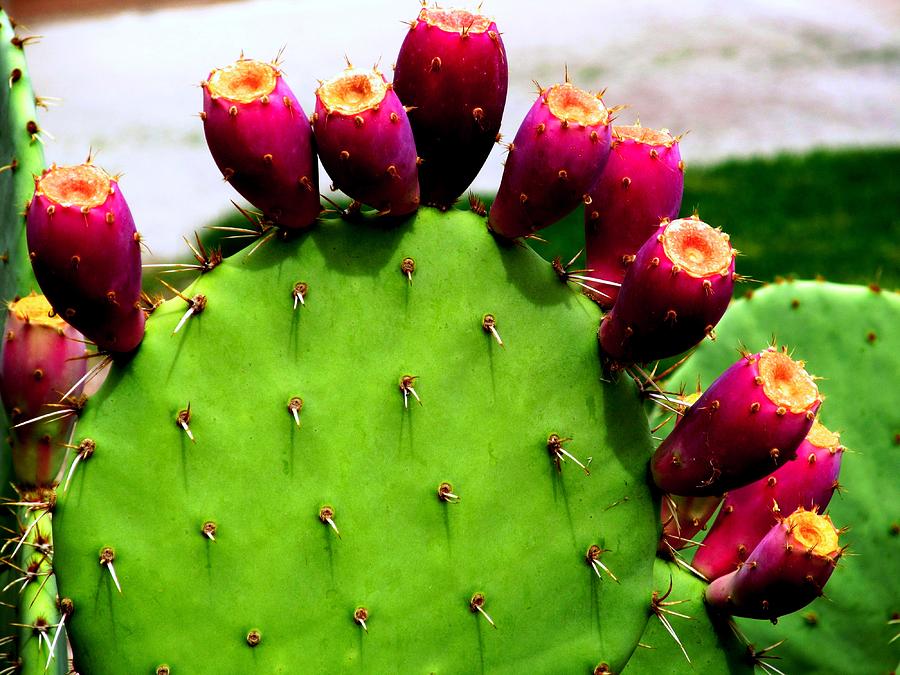 The Prickly Pear Cactus produces large buds of fruit that somewhat resemble a mango during the summer monsoon season. The fruits are very noticeable as they grow atop the spiny paddles of the cactus. They are ripe once the color turns from green to a dark pink or magenta. However, harvesting them requires some special care as there are thousands of little needles attached to the surface of the fruit. They may look soft and wispy, but you can experience a great deal of pain if you get stuck.

The best way to harvest the fruit is by using some kitchen tongs to remove it from the paddles. Place on a hard surface and cut away the outer skin with a sharp knife, but be careful not to allow the needles to disperse as you are cutting. You could also use gloves, but you run the risk of getting hundreds of needles stuck in the fabric which could lead to future injury.

You can eat the fruit once the skin has been removed. However, the meat is loaded with tons of little seeds that you will have to spit out of your mouth. Many people take the meat and run it through a food mill to deal with the seed problem, and the finished product is a delicious and nutritious pulp that can be stored in mason jars or consumed on-demand. 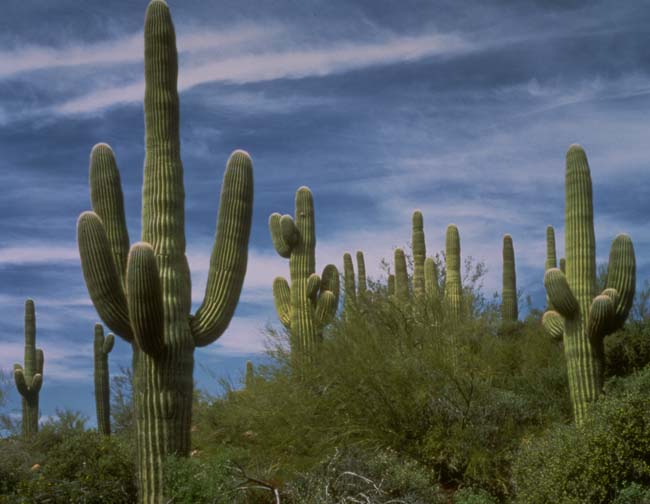 This is the iconic cactus with big arms that everyone associates with the desert. The arms also produce flowers and buds of fruit during the summer. They can be harvested by knocking them off of the arms of the cactus with a pole. The fruit is reddish in color and does not contain any spiny barbs. However, it is important to know that the Saguaro Cactus is protected by state and federal law, and you can not harvest quantities of this plant on lands that are owned by the government. However, harvesting a couple of pieces is generally tolerated. 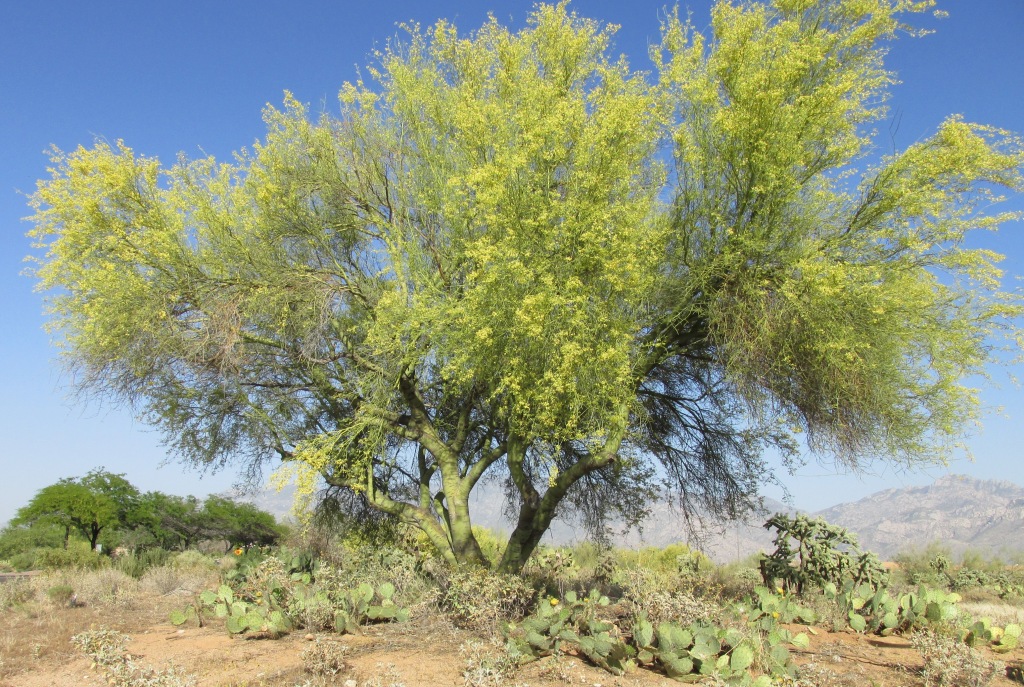 These trees produce pods of seeds during the spring, and they can be eaten raw or cooked. Harvest pods that are green on the outside and the seeds are small and tender. Taste one before harvesting a bunch. The seeds should be sweet and succulent. Move on to another tree if the seeds are bitter or tough to chew. You can prepare them in the same ways that you cook peas and beans. 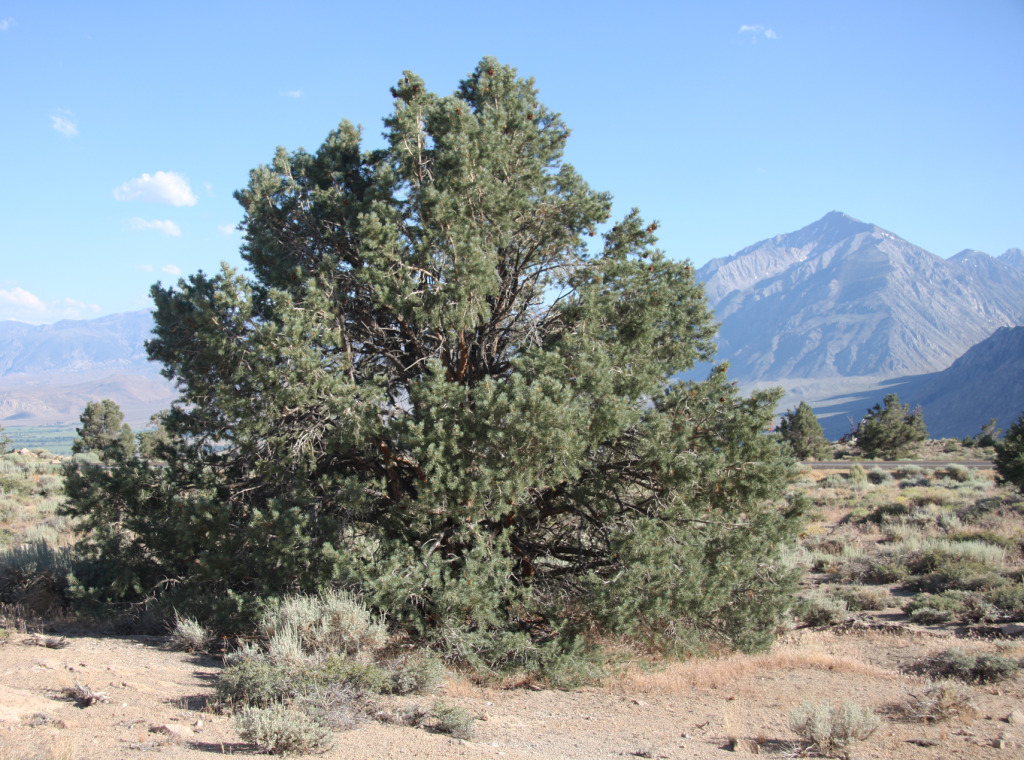 Pinyon Pine trees grow throughout the western United States at mid-elevations that range from 3000-9000 feet. They produce egg-sized pine cones that can be harvested for consumption during the spring and early summer. Mature nuts can reach up to ¾ of an inch in size, and they will have an ivory/yellowish color. These nuts are abundant and loaded with nutritional properties such as protein, good fat and carbohydrates. They also taste pretty good as well. 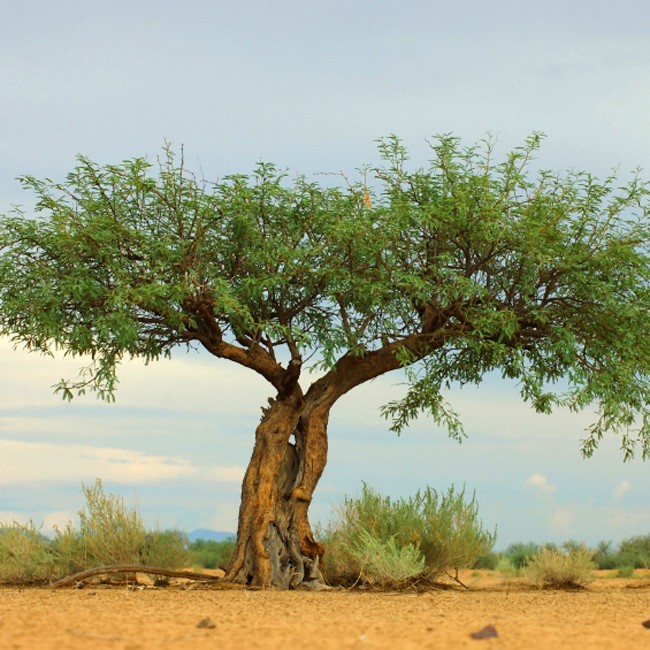 Pods from these trees are also nutritious, but their taste can vary from tree to tree. It is difficult to describe their distinctive flavor, but you should avoid eating seeds that taste bitter, chalky or cause burning in the mouth. Harvest pods that are still on trees in the driest months of the year. Make sure to avoid these pods during or shortly after it rains to avoid encountering moldy products that can make someone ill. You can also grind the seeds once they have dried and use them as a flour additive for baking. Take some dried branches, bark or wood strips and use them for smoking as well.

These are just a few examples of many desert plants that are completely safe for human consumption. Become familiar with how these species look along with some recipes so that you can get the most out of these abundant resources if you are ever stranded in the desert. Keep in mind that you can also get water from agave and barrel cacti as well if your supplies ever run out.

Canned Foods That You May Not Know About

How To Make A Wood Gas Stove – Compact & Efficient!